Making a campaign an international success doesn’t come without its challenges. But one defining success factor is recognising the importance of transcreation. OLIVER Content Marketing Manager, Carina Jeppesen, researches the biggest reason why ads fail abroad.

It’s understandable that CMOs want their brands to be viewed consistently across the globe. But converting a national advertisement into an international campaign is a challenging undertaking. The risk is especially high when you don’t take cultural subtleties into consideration. The key factor that makes ads fail abroad is not recognising the importance of transcreation over translation.

While translation is simply providing accurate copy in a different language, transcreation goes beyond this by completely recreating the brand message. OLIVER Transcreation Director, Cristina Schoenborn, says “The translation process aims to provide a very close translation to the sourced text. While closely related messages may be good for medical or technical copy, when it comes to marketing the ‘translation’ service that agencies need to provide does not work. It needs to be written for specific media and localised to the specific target audience. This is where transcreation comes into play – we’re creating advertising that resonates with the audience.”

Transcreation looks at copy and brand messages in three stages:

1. Understanding meaning and significance of the brand message in its home market
2. Analysing the target market to discover whether the original message resonates, including in a cultural way
3. Developing brand guidelines and brand concepts that govern how the brand is communicated in the target market

The goal of transcreation is not to say the exact same thing in another language. The aim is to get the same or similar reaction in each language and cultural context – something that translation cannot achieve. Schoenborn says: “English is very adjective heavy. If you introduce such a text to a German audience, it wouldn’t resonate. Also, depending on the product, a local audience may be more interested in facts on how the product works rather than reading flowery copy. There may also be different legal requirements. These are all things we need to take into consideration.”

How ignoring transcreation may damage an international brand launch

Ignoring transcreation can be of fatal consequences to your brand launch and waste millions. Here are four key examples of how brands have lost out by ignoring the importance of aligning brand message with the target market’s cultural factors.

Failing to communicate brand promise. As the largest restaurant chain in China with now over 4500 outlets, KFC didn’t have the best start in the market. With their slogan at the time being “Finger Lickin’ Good”, they found this didn’t translate easily into Chinese. Meant to convey that their food was so delicious you would abandon your table manners, KFC wanted to be seen as a comforting guilty pleasure. Unfortunately when “Finger Lickin’ Good” was translated into Chinese characters, the result became “Eat Your Fingers Off”. While customers were amused, the brand launch was less than successful. They failed by translating backwards from their slogan, when they should have started with the brand promise and worked towards a tagline that would work well culturally. 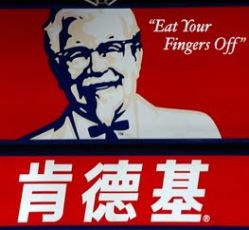 Failing to understand your product’s role in the target market. A great example of this can be found by looking at the way dishwashers are often marketed in Asian markets. In Western markets, dishwashers are fairly common appliances in most kitchens. However, in Pacific Asia dishwashers are considered a luxury good that cost more than the monthly salary of a full time house keeper. This global area has a known preference for employing domestic workers for household chores. Thus the Western suburban commodity imagery doesn’t work in these markets. Rather than marketing on features, where the end-users are probably more concerned with simpler instructions, dishwashers in these countries should instead be marketed as luxury, status items.

Failing to communicate brand message with appropriate cultural imagery. When Proctor & Gamble launched its Pampers diapers in Japan in the 70s, the company wanted to use imagery that resonated very well in the US market – the stork delivering diapers to a home. Because of the Western legend of the stork bringing a newborn to its parents, Procter & Gamble thought it would clearly communicate messages of diapers being integral to modern baby care. However, in Japan this made no sense to new parents. Research showed that customers were concerned and confused by the imagery of the stork in commercials and on packaging. Apparently storks bringing babies to parents isn’t a part of Japanese folklore – there, giant floating peaches ferry babies to deserving parents.

Failing to understand local shopper conventions: Africa is a continent with a huge amount of language groups, exceptionally dispersed buying power, with many areas subject to low education levels and illiteracy. Due to these factors, it’s often most economical to use minimal language and just focus on brand names. Many African countries also include a picture of what is inside a package on the label. So a crate of bananas has an image of bananas printed on it. However, Gerber Baby Food decided to introduce their product to the African market with their North American and European label, including the iconic “Gerber Baby” on the jar. You can guess what consumers might have thought. 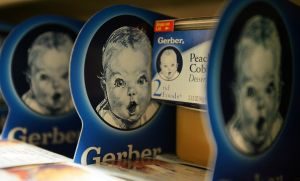 Schoenborn concludes, “There are unfortunately lots of brands that ignore transcreation. We see this every day. However, they’re facing consequences like not achieving the ROI they were aiming for, damaging brand equity and potential PR disasters. Brands must take transcreation into consideration with international campaigns.”

HOW TO HOST A PRODUCTIVE BRAINSTORM...

Making a campaign an international success doesn’t come without its challenges. But one defining success factor is recognising the importance of transcreation. OLIVER Content Marketing …