“THE TRADITIONAL AGENCY MODEL IS GOING TO BREAK”

On the subject of disruption at 2015 Masters of Marketing Conference, PepsiCo President, Brad Jakeman, suggested that agencies need to change to keep up with today’s disruption. OLIVER US Business Development Director, Simon Hosking, comments on why marketing disruption calls for a new way of working.

At the Association of National Advertisers’ (ANA) 2015 Masters of Marketing Conference in Orlando, Florida, the topics of disruption in marketing teams and agency models were widely discussed.

Brad Jakeman, president of PepsiCo’s global beverage group, discussed the subject of disruption and its current role in reshaping the marketing ecosystem. He was quoted as saying the traditional agency model is “not going to bend; it’s going to break”. 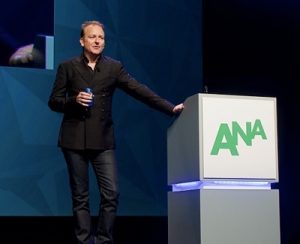 Real-time communications are a challenge

Jakeman said that the typical agency model had not changed in over two decades, “the model is not moving fast enough.” He mentioned that many agencies are still based around the same principles that shaped brand building 25 years ago.

“The model is built around four pieces of content that take four months to develop and cost $2 million (£1.3m; €1.8m) each. It’s not a sustainable model.”

Jakeman mentioned the need for speed in this age of disruption, “If you’re working on a brand like Pepsi, for example, we have to move at the speed of culture, we have to be reacting to what’s happening in the world. We can’t take four months to do that.”

“The big issue is: are we as an industry, on both the agency- and client-side, structured to be able to deliver this? This is a disruption that’s happened around us, and we’re still talking about 30-second television ads.” Jakeman called for agencies to be seen rather as content partners.

Real-time communications have presented a challenge for traditional agencies. Agility and proximity play a clear role in campaign success. Marketers simply don’t have the time to ‘translate’ data and information to agencies who are not in their world. How many agencies can say that they truly sit next to their clients – and have a voice during – key decision making meetings? How many clients even relay the outcome of these meetings to their agencies?

Traditional agencies are in the dark on a lot of inner workings of their clients. The agencies that can achieve true proximity and trust, by working closely with clients on a day-to-day basis, are the ones who will lead innovation and creativity in the future.

Traditional thinking is a risk

Communications has a challenge to address. Traditional thinking is lagging behind, simply because it can’t keep up with the disruption in the marketplace. By not being more closely connected with brands and their consumers, traditional agencies are running the risk of getting further and further away from clients. And brands risk alienating customers on content that isn’t relevant.

Jakeman seemed to address this when he said, “The biggest form of risk humanly imaginable in marketing today: is doing what you did last year, expecting – in a world that is profoundly changing at the pace that I am talking about – that will work equally as well this year,” he said.”That is a high-risk strategy; that is not being risk-averse.”

Perhaps that’s why the dedicated agency model works so well.

OLIVER turns the traditional agency approach on its head by creating dedicated agencies that act as content partners for each of our clients. This allows them to be more closely aligned to the strategy and environment of the client, delivering better creative work, faster. If you’re interested in having a chat about what a dedicated, on-site agency could do for your brand, get in touch.

On the subject of disruption at 2015 Masters of Marketing Conference, PepsiCo President, Brad Jakeman, suggested that agencies need to change to keep up with …